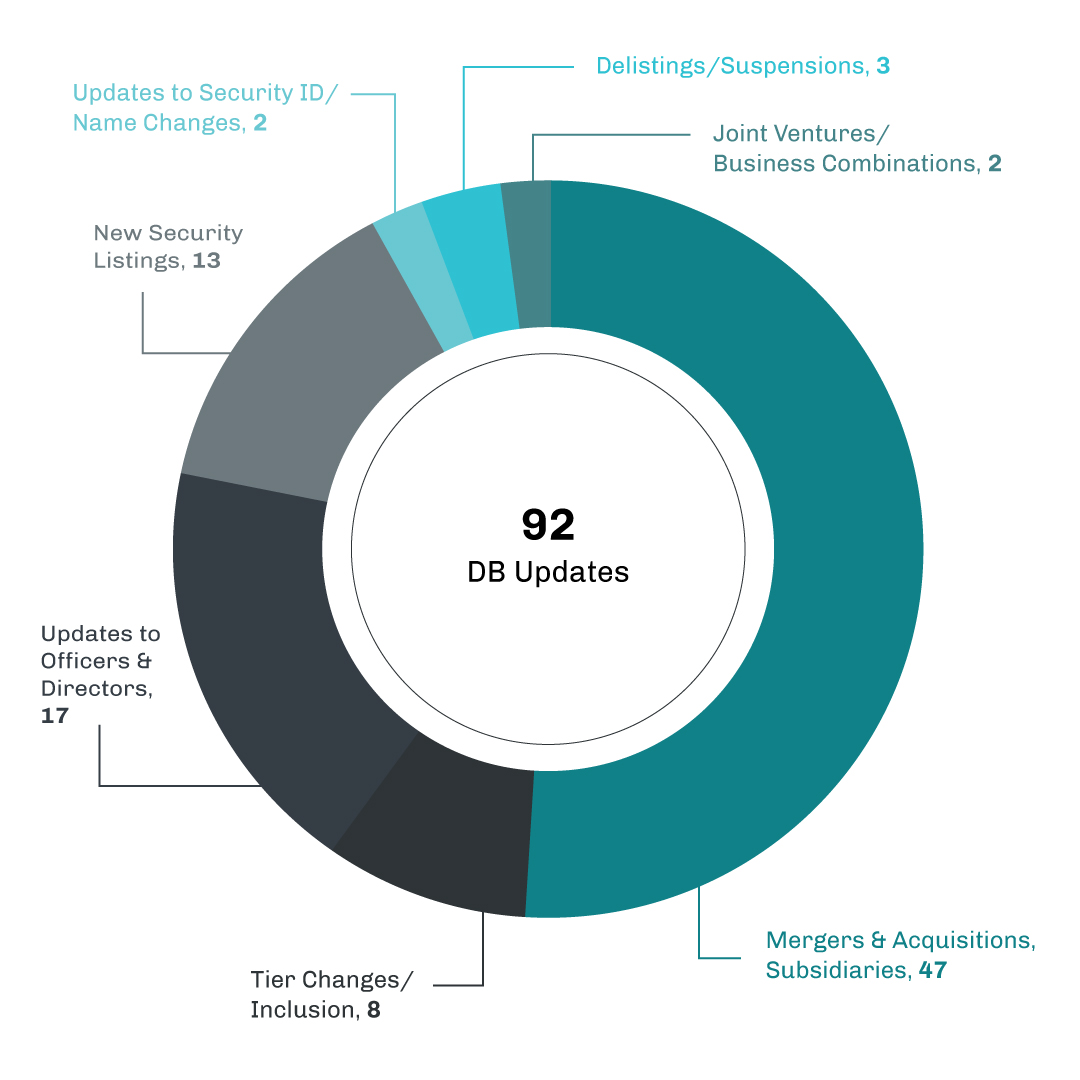 The cannabis saga continues in earnest here in the United States, as the debate related to decriminalization and legalization at the federal level rages on. During the month of March, investors witnessed a deeper entrenchment of the two sides as they plan to head into a political battle.  Unfortunately for fans of legalization, there have existed headwinds that have been exacerbated by the COVID-19 pandemic, and this has caused legislators to “pump the brakes” as they battle to meet the more basic needs of their constituents. However, at the same time, the pandemic has placed many states in an economic predicament that has essentially forced their hand to find new sources of revenue. And the tax revenue opportunities that cannabis presents are right there in front of them. On that note, in the last election several states decriminalized/legalized recreational cannabis (please see our Q4 2020 Newsletter) and this trend shows no signs of reversing, given the more recent developments in New York and Virginia.

Meanwhile, Virginia’s legalization of recreational marijuana was expected to pass the legislature in early April, which would blend the elements of Senate Bill 1406 and House Bill 2312, which not only would legalize adult-use cannabis but also drastically reform the legal implications of cannabis possession and cultivation by private citizens.

At the Federal Government level, cannabis businesses and investors waited as the SAFE Banking Act once is once again expected to pass in the US House of Representatives. Once this happens and if passed by the Senate (a big “if”) and signed into law, The SAFE Banking Act would enable banks and other financial institutions to serve state-legal marijuana businesses without fear of federal punishment. Also happening concurrently, Senate majority leader Chuck Schumer is leading the charge in support of a comprehensive cannabis reform bill, which might be taken up by the Senate before the SAFE Banking Act.  And the final, complicating factor is that the Biden administration has opposed federal legalization, and this position does not appear to have softened. So grab your popcorn and get ready for this showdown!

As the year marches on, we continue to see new cannabis-related M&A activity. The largest company making a serious commitment to the industry in March was British American Tobacco P.L.C. (LSE: BATS).  BATS announced that its subsidiary BT DE Investments will acquire an approximately 20% stake in Tier 1B CRB Organigram. BATS joins Altria Group, Inc. (NYSE: MO) as the newest “big tobacco” company to take an ownership stake in a Tier 1 cannabis-linked company.

Also of note, investors witnessed the considerable expansion of multistate operator and Tier 1B CRB Verano Holdings Corp. (CSE: VRNO), who celebrated their new listing on the CSE exchange by making acquisitions of licensed operators in Illinois, Arizona, and Pennsylvania.

Of the thousands of news releases and regulatory filings reviewed in March 2021, our research resulted in a total of 391 updates to the CRB Monitor database (92 updates to issuers’ records, 299 news releases added). The complete list of securities and detail for these updates is available to CRB Monitor Securities database clients, but below are highlights.

Generally speaking, there were not many bright spots for publicly traded pure-play cannabis companies during the month of March. With that said, one of the best performing Tier 1 CRBs for the month was Organigram Holdings Inc. (TSX: OGI). OGI’s stock price spiked following the mid-month announcement that British American Tobacco P.L.C. (LSE: BATS) will acquire a 20% stake in OGI. Sadly, OGI was one of the only positive stories in March 2021.

After surging for much of January and February, cannabis-linked equities, for the most part, recoiled in March, with the larger, pure-play Tier 1 companies giving back a substantial portion of their Q1 gains. Multi-state operator Verano Holdings Corp. (CSE: VRNO), after announcing the addition of licensed subsidiary businesses in multiple states, posted a negative 17% return with much of that collapse occurring about a month after its shares started trading on the CSE.  And shares of Tier 1B Cronos Group (TSX: CRON) similarly fell to earth in March after being up nearly 50% prior to the beginning of the month, in spite of their reporting encouraging 2020 full-year earnings.

A favorite of trading desks, Tier 1B Tilray, Inc. (Nasdaq: TLRY) continued on its path of highly volatile (and also liquid) performance, losing 11% for the month of March and now moving in a similar direction and magnitude to M&A partner and Tier 1A Aphria (TSX: APHA). The two announced their merger In January 2021. And we continue to follow the performance of GW Pharmaceuticals (Nasdaq: GWPH), which closed out the month up 0.9% month after the mid-February announcement of its $7.2 billion acquisition by Jazz Pharmaceuticals plc (Nasdaq: JAZZ).

Following a January and February that featured spectacular returns, The CRB Monitor Index of Top 10 Tier 1 cannabis-linked equities fell back to earth to close out Q1, posting a negative 9.2% return on an equally-weighted basis. This performance trailed major equity market indexes (see SPY, EFA, and VWO in the chart below).

March 2021 was a continuation of a busy news cycle for publicly traded cannabis-linked companies. The following is a sampling of highlights from the March 2021 cannabis news cycle, as tracked by CRB Monitor. Included are CRB Monitor’s proprietary Risk Tiers.